It is also the seventh time that Aguero has been crowned Player of the Month in his career, which is a new Premier League record taking him past six-time winners Harry Kane and Steven Gerrard.

Aguero won his first Premier League award in October 2013 and claimed his record-equalling sixth gong in February of last season as he helped City win another title.

The 31-year-old, who is already City’s all-time record goalscorer, scored six goals in only three Premier League games in January. That included a hat-trick in a 6-1 thrashing of Aston Villa, which made him the league’s highest-scoring foreign player ever, surpassing Thierry Henry.

Aguero has also scored the most hat-tricks in Premier League history and is fourth on the all-time scorers list behind only Alan Shearer, Wayne Rooney and Andrew Cole.

A week after his Villa treble, Aguero netted a brace against Crystal Palace, later followed by the only goal in a narrow win over Sheffield United after coming off the bench. 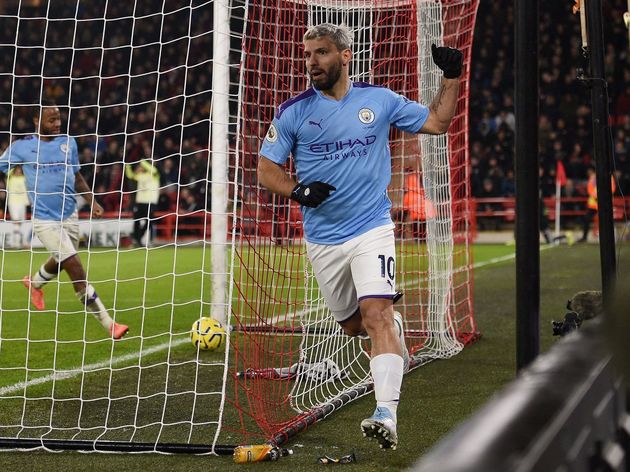 Aguero fought off competition from Alisson, Abdoulaye Doucoure, Jack Grealish, Jordan Henderson, Ayoze Perez and Jack Stephens to win the January award and is the first non-Liverpool player to scoop the accolade since Leicester’s Jamie Vardy back in October.

Having arrived for what was then a club record £38m fee in 2011, Aguero is widely thought to be nearing the end of his time in Manchester. He remains under contract until the end of next season, at which point he has been tipped to move on and potentially return home to Argentina.

The Buenos Aires-born star played for boyhood club Independiente before travelling to Europe, making his first-team debut aged only a month after turning 15. But he was snapped up by Atletico Madrid shortly before his 18th birthday and has long hoped to return one day.

Josef Bican: The Forgotten Man in Football History – But the Greatest Goalscorer of All Time

Who Is Daniel Podence? All You Need to Know About Wolves’ New Number 10