If the Championship season were to finish at Christmas, Leeds United would not currently be playing in their 16th season outside of England’s top-flight. 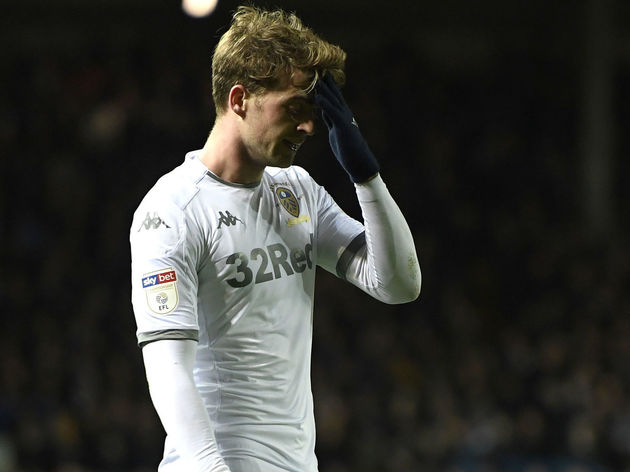 Since the eyebrow-raising appointment of Marcelo Bielsa in June 2018, Leeds have jumped from play-off contenders to automatic promotion contenders. Unfortunately for ​Leeds fans, ‘contenders’ is the best they have managed.

Like a ​Championship ​Liverpool, Leeds have become synonymous with the phrase ‘this is our year’. However, while Jurgen Klopp’s juggernaut steamrolls its way to glory, unfortunately for Bielsa’s men, this season is beginning to reek of déjà vu. The main reason for this I hear you ask?

We’re always told that the Championship is one of the toughest leagues in the world, so to finish in the top two you need many attributes, not least a goalscorer. In the past five seasons just one player has managed to muster more than 15 goals in a league campaign for Leeds, an issue which Bielsa attempted to address as one of his first acts as Leeds boss. Bamford arrived at Elland Road from ​Middlesbrough with a hefty £10m price tag. The former Chelsea man had begun to earn the unwanted label of ‘Premier League failure’, with moves to ​Norwich City, ​Crystal Palace and more recently ​Burnley all proving unsuccessful.

Despite his failings in the ​Premier League, Bamford’s Championship pedigree was beyond doubt.

Crowned Championship Player of the Year at the Football League awards in 2015, the 26-year-old had proved to be a prolific marksman in England’s second tier and seemed to be exactly what Leeds needed.

However, in 30 appearances for the club in all competitions this season, Bamford has managed just 12 goals. Not a measly return by any means, however, when you consider the chances the former Middlesbrough man is given, this should be much more.

The number nine of a Championship side containing the likes of former Spain international Pablo Hernandez and Portugal international Hélder Costa, Bamford is provided with service like no other striker in the league.

In the Championship this season, Bamford has had: the most shots off target (54), the most headed shots off target (24) and has missed the most big chances (20). Damning statistics for a man tasked with proving the difference between this season’s Leeds and the perennial ‘nearly men’ of seasons past.

Bamford’s best season to date with Middlesbrough saw him propel an Aitor Karanka team within 90 minutes of the Premier League,when they were beaten by Norwich in the play-off final.

Nothing was expected of Boro that season, having finished 12th the previous, and the forward played undoubtedly the best football of his career with the pressure off. However, at the Championship blue ribbon event under the Wembley limelight, Bamford barely had a kick in the play-off final.

Similarly, whenever the forward has been given a chance in the Premier League he has failed to deliver. And now, with the expectancy of a packed Elland Road on his shoulders, the forward is crumbling under the pressure. The France Under-21 international may well have been drafted into the club just in time to save their season, because if the Leeds faithful are waiting for Bamford to step up to the mark and fire them into the Premier League, they’ll be waiting a long time yet..

4 of the Best Moments of Sandor Kocsis’ Career