never played senior international football for West Germany, as it was then known, during his own career. His rather modest days as a player as an attack-minded midfielder peaked with three spells at Freiburg, then in 2.Bundesliga, in the late 1970s and throughout the 1980s.

His foray into playing at a higher level was ultimately limited to brief spells as a fringe player at Stuttgart and Eintracht Frankfurt. By the age of 29, 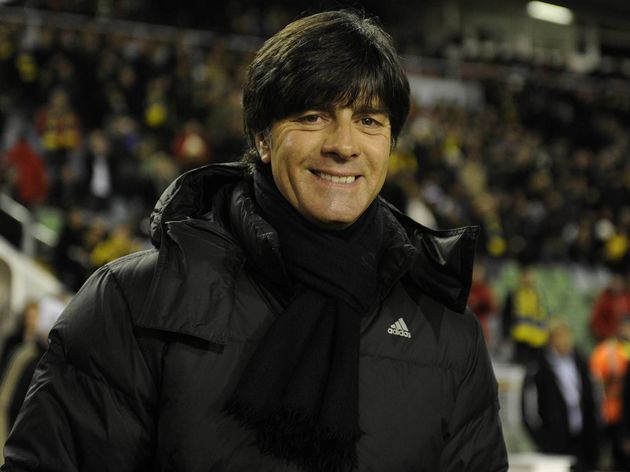 International management is where

That was part of a German reboot after a general decline and a disastrous Euro 2004, with Löw brought on board several years after meeting Klinsmann on a coaching course.

Löw got his first job in 1992 at Swiss club Winterthur, where he coached the youth team. That led to a player-manager gig at Frauenfeld in 1994, followed by an assistant’s job back home in Germany at former club Stuttgart.

was handed the Stuttgart reins in 1996 and in 1998 was hired by Fenerbahce. He spent the next few seasons jumping around short stays at Karslruher, Adanaspor, Tirol Innsbruck and Austria Wien, before the call came from Klinsmann in 2004 to join him in the Germany setup. Löw took over at Tirol Innsbruck in October 2001 and led the already reigning Austrian champions to a third straight ​Bundesliga title that season, but lost his job when the club went bankrupt and was dissolved. Austrian Supercup success came with Austria Wien in 2003.

Having taken over from Klinsmann after the 2006 World Cup, Germany qualified for their 13th European Championship by finishing top of Group C, securing their place with a game to spare after hammering Belarus in the penultimate round of fixtures. It made them one of the last automatic qualifiers to make it.

’s team won seven of their eight qualifiers, only dropping points in a home defeat by the Netherlands midway through the campaign, while German players accounted for six of the nine highest scoring players in the group – not even including rising star Timo Werner.