​In early December, Burnley were on the end of a 5-0 thumping against Tottenham, leaving the capital with their tails between their legs and on a slippery slope towards the Championship.

That was their sixth defeat in eight games, they were three points off the relegation zone, and their ‘old fashioned’ style of football was seemingly set to be banished to the dark ages forever.

They couldn’t hit a barn door with a banjo and their defence was leaking goals left, right and centre.

In other words, things were looking bleak.

Under Sean Dyche, however, they’ve looked bleak before. In 2015, they were so bleak that they got relegated, so, it’s hardly unfamiliar territory for the Clarets. But as they’ve done on many occasions prior, Burnley picked themselves up, dusted themselves down, and went again.

Back-to-back wins followed and, despite another mini-blip, they rallied under their their loyal manager to record victories over Leicester and ​Manchester United – the latter being a historic 2-0 triumph at Old Trafford.

Being a supporter of a club in Burnley’s situation – a minimal budget and unable to attract the same calibre of player as the sides with a more global following – means wins such as those are moments to treasure for a lifetime and tell your grandchildren ‘I was there when..’. 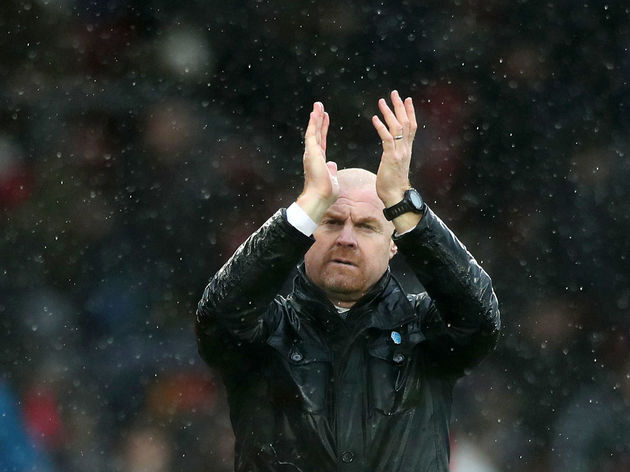 Yet for all the flirtations with relegation this season and the fears that their unmodern brand of football might finally be getting figured out, Burnley are three points off a ​Champions League place.

Yes, you read that right, three points off the Champions League.

Anyone who insisted the ​Premier League was dead and buried given Liverpool’s dominance clearly spares no time for romanticism.

​Burnley may genuinely be going toe-to-toe with Europe’s biggest sides this season if everything falls neatly into place over the next 11 fixtures. This is a club who’s record signing stands at £15m and who’s wage bill is the 18th lowest in the division.

How everything has fallen into place this season has been instrumental in this being a possibility. Firstly, ​Manchester City‘s European ban has opened a can of worms to the sides lingering just above mid-table, as fifth place in the division will be granted a Champions League berth should the Citizens fail to secure a top four finish (which seems highly unlikely).

Furthermore, the hunt for the top four this season has been one of the most intriguing ever, mostly due to the fact nobody seems to want it; the general consensus being that the ‘big six’ have been mostly, well, crap.

​Tottenham, Chelsea, United and Arsenal have all severely underperformed, opening the door for the likes of Sheffield United, Wolves, Everton and, now, Burnley to pounce.

It would be wrong to not state that four of the ‘big six’s’ failings haven’t made the route to Europe easier, but that in no way, shape or form detracts from the the fine work Dyche is doing in the north west.

People can complain all the want about the manner with which they play, but those moans and groans fall on deaf ears. Hitting long passes up to the centre forwards with an eye on either holding the ball up, flicking it on or getting men within touching distance to win second balls may not be the most glamorous, but it works, and, for as long as Dyche has been there, continues working.

That isn’t to say it is their only means to score; the trickery of Dwight McNeil sees the Clarets utilise wide areas and attack from the flanks, and the January addition of Josh Brownhill looks to be a shrewd bit of business that will add goals from midfield.

It’s a brand of football that is efficient, and one that this season may have the ultimate award. While it is still a big ask for Burnley to finish fifth, given the way this season has panned out, it would be foolish to discount just yet.

​The financial benefits of securing elite European football would grant the club unprecedented new opportunities, and may finally allow Dyche the chance to work on a budget that is befitting of his qualities as a manager. How he’s got Burnley to where they are now with the tools at his disposal deserves immeasurable levels of credit.

Even if fifth place isn’t secured, European football is still a feasible target for the Clarets, who have dabbled with the Europa League before. In the 2018/19 season they were eliminated in the play off round by Olympiacos, but this time around a sixth place finish would grant immediate passage into the Europa League, which in itself would be financially significant.

Look, stranger things have happened, but it would have been unjust to not save praise for the Turf Moor outfit who, and I’ll say it again, are three points of a Champions League place after 27 Premier League matches.

It’s a moment to savour for a such a football club. But while it may not last, an honourable mention must be directed Dyche’s way for his ability to squeeze every last ounce of quality out of his squad each and every season – despite being so financially hamstrung.

Burnley fans will be in dreamland about now, and rightfully so. If they are to secure European football this season would be just rewards for Dyche’s endeavour.

Playing in Europe makes them a far more enticing option for potential signings, but above all else, it would add spice to the bank balance – and we all know Dyche ​likes a bit of that.

EFL: Who’s Getting Promoted & Relegated in the Championship, League One, League Two?