Rodgers had only been in charge of the Foxes for six months when he made his first attempt to sign the 26-year-old from his previous club last summer.

But McGregor was convinced into signing a new contract by Celtic, who were desperate keep ahold of one of their best players. ​Leicester are currently sitting pretty in third place in the ​Premier League, but are bracing themselves for a potential approach from ​Manchester United for James Maddison in the summer by going back in for McGregor, according to ​The Sun.

England international Maddison is already just one away from equalling the seven goals he notched in the Premier League last season.

His potential replacement worked with Rodgers at Celtic, wh

Rodgers told the ​Glasgow Times in a 2018 interview that the midfielder’s ‘view of the game is up there with the very best’.

Celtic are cruising towards a ninth consecutive league title, and McGregor has been a big part of it. They’ve won an incredible 24 out of 27 league games this season, and last lost in December, falling at home to nearest title challengers Rangers. 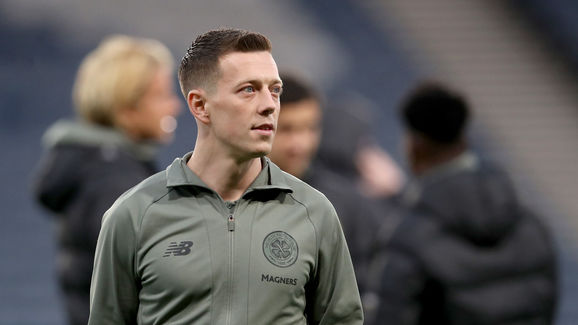 With 51 games under his belt this season, McGregor is clearly well trusted within the Celtic setup, and having worked with him at the Scottish club, Rodgers is believed to be interested in the playmaker.

McGregor would be a natural replacement to Maddison, but he has also been known to adopt a deeper role to cover in captain Scott Brown’s absence.