​Chelsea striker Olivier Giroud was handed a rare start in the weekend’s 2-1 win over Tottenham Hotspur, and he rewarded Frank Lampard’s faith by netting the opening goal of the game.

The Frenchman has often been out of the squad as Lampard has preferred to use Michy Batshuayi as backup to Tammy Abraham, but the Belgian’s underwhelming showing in the 2-0 loss to Manchester United saw fans call for Giroud to return.

Lampard obliged by promoting ​Giroud to the lineup, and he was delighted with what he saw. As noted by The Athletic’s ​Liam Twomey, the Frenchman managed two shots on target during the game, which is the same as ​Batshuayi has managed in his 15 ​Premier League appearances this season.

He also completed 20 passes against ​Spurs, whereas Batshuayi managed just 11 in 68 minutes against ​United, so it’s safe to say that Giroud’s stock will have risen at Stamford Bridge as a result.

His impact didn’t go unnoticed by Lampard, either, who was full of praise for Giroud when speaking to the media after the game (via the club’s ​official website).

“I think the way he played, everything he did… We had two very energetic forwards around him and I think sometimes with Oli if we have to slightly adapt because of what he brings, which is different to Tammy and Michy, then we adapt,” the boss said. “

“He’s always been engaged, even when he’s not played regularly. I said it in the window, he’s been absolutely fantastic with me from the start to now, and that’s why he can put in those performances when he comes in. 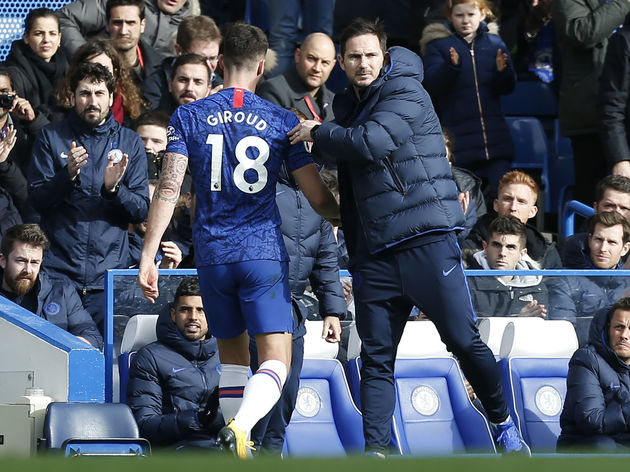 “Personality in the dressing room, on the pitch; quality to finish; selfless in his ways; strong. He’s been around, won the World Cup.

“The way the team worked helped Oli and Oli helped the team. That’s how we can look forward and to have competition of strikers scoring goals is what we’ve been lacking – we’ve lacked goals from forward areas, not just from strikers but across the front, so today feels good.”

What channel is Canadiens vs. Lightning on today? Game 2 time, TV schedule for 2021 Stanley Cup Final